Swift is the modern language created by Apple which got the Apple developer world buzzing. While loved by iOS developers, Objective-C was at the same time seen by many others as an outmoded language – a verbose and peculiar syntax, and with an unsafe type system. Built as a modern alternative to Objective-C, Swift was designed with specific enhancements in mind, specifically safety, performance, and expressiveness. 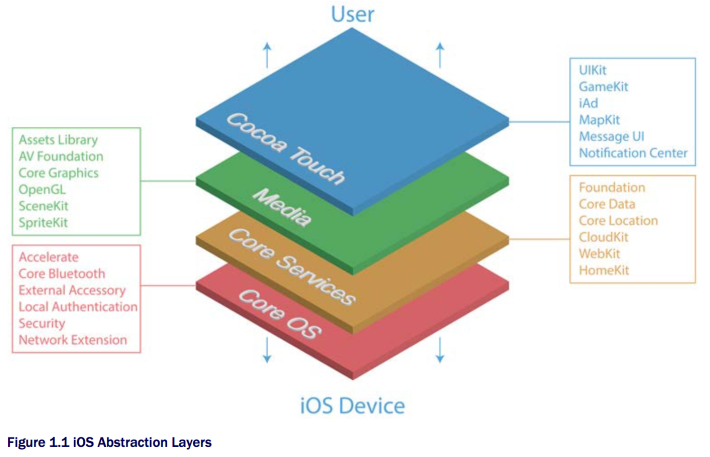 Figure 1.1 shows the abstraction layers of the iOS SDK, from the higher services and features to the lowest level interfaces. Table 1.1 has more details about what is contained in each layer.

To access features in the iOS SDK in your code, you will need to import the appropriate framework. Some common frameworks available in each of the layers in listed in figure 1.1.

Storyboards are used to visually define your app’s user interface and the flow of navigation within your app.

A related concept to the storyboard is the nib. A nib also represent a user interface in a visual way, but represents one scene or par of it.

Everything that you see in your scene is a type of view (or is rendered within a view). Text fields, labels, buttons, switches and images are all examples of types of views.

Storyboards and nibs at their rawest are just XML files. Unlike HTML, iOS developers rarely work directly with these XML files, opting instead to use Interface Builder, a visual environment that Apple provides you for editing your storyboards and nibs.